A simple spin-off from Gyro Buster is now available as Gyro.io! Battle Up To 30 Opponents in One Arena! Kick away as many opponents as you can and grow massive in the arena, or avoid clashing with other spinners to charge your spinning power. Pick your favorite Gyro from over 15 types and win the matches to become the champion of the season. Upgrade your Gyro to become even stronger than before and show them who's the boss! But always be careful not to get too close to the edge, and pay attention to the death ring... Features: -Easy One-Handed control battle -The Higher the Season, the More Spinner! -Surprising Power-Ups! -Challenging Obstacles on the Stages! 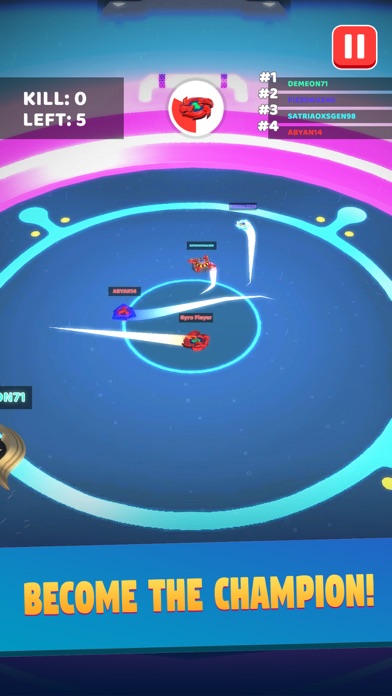 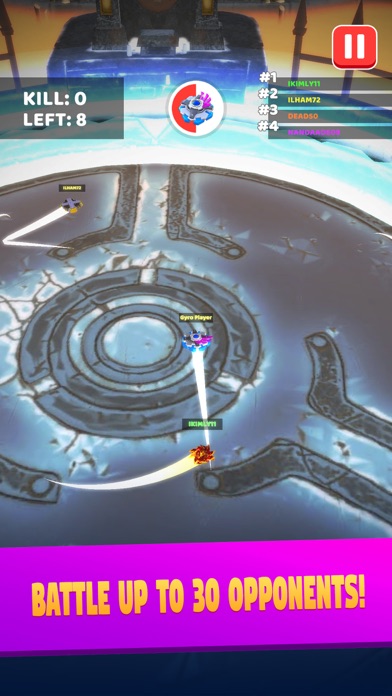 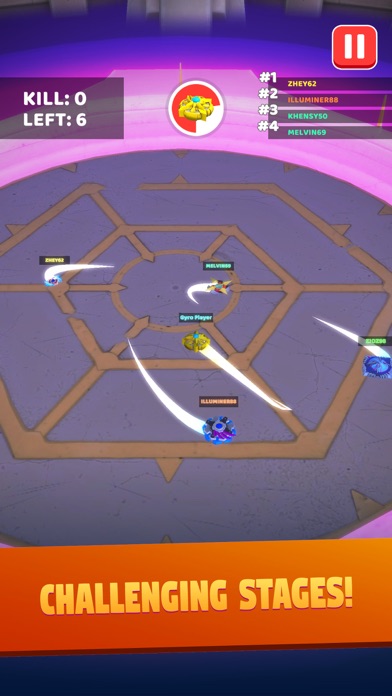 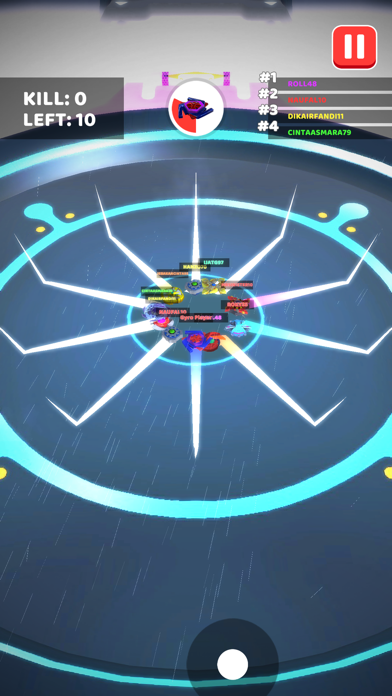 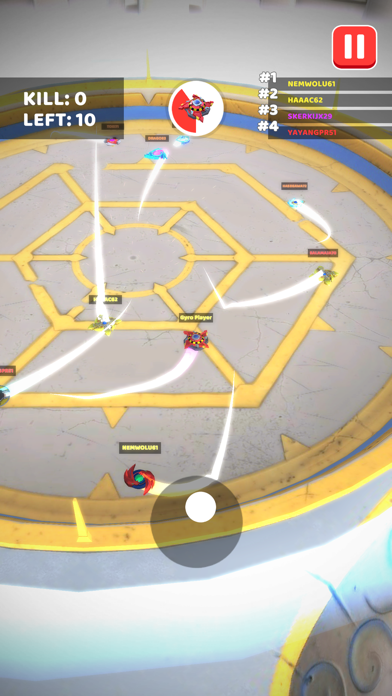 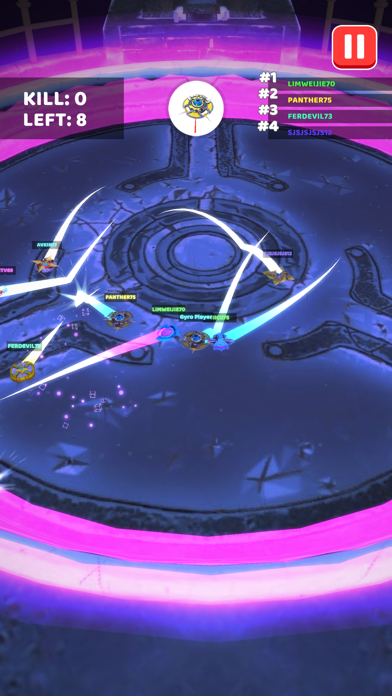 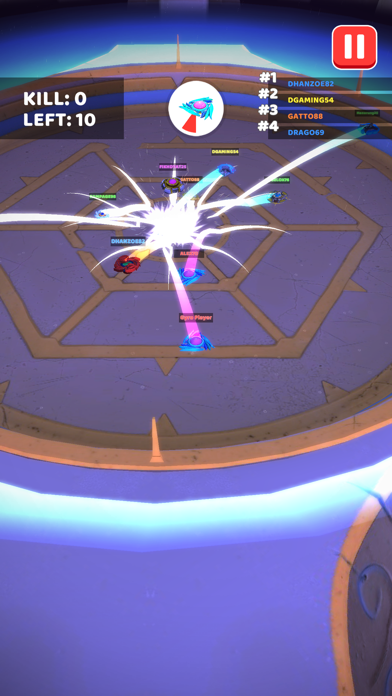 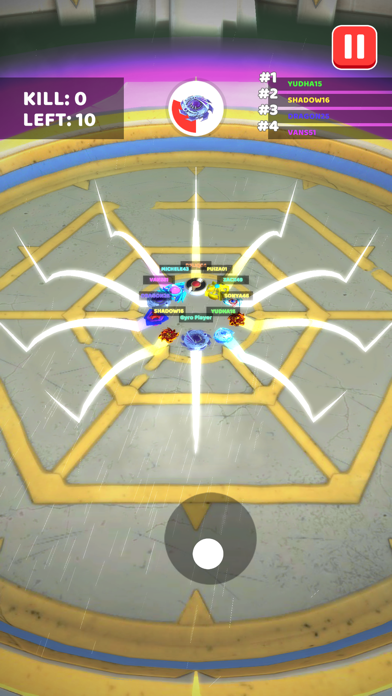